The Chapter VI-A of the Indian Income Tax Act provides various deductions for contribution towards Pension Plan. Specifically speaking, these deductions are offered under Section 80C, Section 80CCC and Section 80CCD which can be claimed when one files the income tax return.

Here, we focus on how you can Save Income Tax under Section 80CCD.

The Section 80CCD of the Income Tax Act provides income tax deductions when an individual makes a contribution towards notified Pension Scheme declared by the Government of India which is known as the National Pension Scheme (NPS). 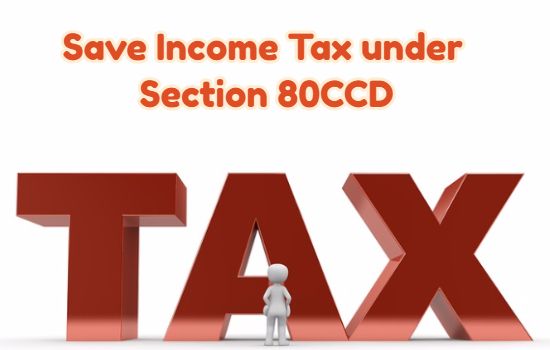 NPS or National Pension Scheme is a pension scheme by the Government of India for Indian citizens who are in the age group of 18 to 65 years. NPS can be viewed as India’s answer to the US Retirement Scheme 401(K).

For further information on NPS, you can refer to the official website www.npstrust.org.in and npscra.nsdl.co.in.

However, it should be noted that the tax benefits together with annuity restrictions and exit or withdrawal rules apply to NPS Tier-1 account only.

The NPS Tier-II account is an open-ended fund and allows individuals to take out money at any time.

Section 80CCD(1) allows deductions to both Salaried as well as Non-Salaried individuals who contribute to the NPS Scheme for availing tax deductions for the same.

The maximum amount that can be claimed for deduction under Section 80CCD (1) is:

In case of employees: 10% of the basic salary and dearness allowance (DA) up to Rs. 1.5 lakh (for the financial year) is considered for a tax deduction.

So, the total tax benefits arising out of NPS under Sec 80CCD (1) and Section 80CCD (1B) is equal to 2 lakh for a given financial year.

Implications of Budget 2015 on Sec 80CCD

Before the year 2015, deductions that were allowed for making contributions to NPS was limited to Rs. 1 Lakh. However, the government decided to encourage people to make contributions towards NPS.

So, they increased the limit of investment in NPS from Rs. 1 Lakh to Rs. 1.5 Lakhs.

With Union Budget 2015, a new sub-section 1B was introduced to allow deduction with respect to the amount paid of up to Rs. 50000 towards contributions made by individual assesses under NPS Scheme.

This benefit of Rs.50000 comes as extra benefit for taxpayers which are over and above Rs. 1.5 Lakhs benefits allowed as a deduction under Sec 80C.

So, now the total deductions that can be claimed by taxpayers with respect to Sec 80C + Sec 80CCD = Rs. 2 Lakhs.

Contribution by the Employer towards NPS: Section 80CCD (2)

If an employer contributes towards NPS Scheme on behalf of the employee, then according to Section 80CCD (2) of Income Tax Act, the benefit can be claimed by the employee.

So, the employee can claim a deduction under Section 80CCD (2) if its employer makes a contribution to NPS.

The deduction allowed under Sec 80CCD (2) for employers contribution towards NPS is limited to 10 percent of the Salary of the Individual.

Thus, when an employee himself makes a contribution to NPS, it can be claimed as a deduction under Section 80CCD (1).

However, when the employer makes a contribution towards NPS, it can be claimed as a deduction under Sec 80CCD (2).

Tax applicable to the amount received back from the NPS

Contributions towards the NPS is received back by the individual after retirement (on attaining the age of 60 years) or on the surrender of the policy in the form of Pension.

As per the Budget 2016 Update, when the amount is withdrawn from NPS Account, 40 percent of the accumulated balance is exempted from tax. However, the remaining amount is taxable as per the Income Tax Slabs prevailing in the year of receipt.

Also, according to Budget 2017 Update, exemptions are allowed on partial withdrawals not exceeding 25% of the Contribution made by the employee.

This is in accordance with the terms and conditions stated under the Pension Fund Regulatory and Development Authority Act.

Further up, if the amount received under NPS is used for making a purchase of an annuity plan in the same year as the year of receipt, then no tax is levied on the same.

The taxpayer is deemed to have not received any amount from National Pension Scheme.

A Word of Caution

It should be remembered that NPS comes under the EET (exempt-exempt-tax) regime. So, NPS is a tax deferral scheme.

Under NPS, the individual does not pay tax on his income today but defers the tax payment when one turns 60 and withdraws the money.

Thus, one should not just base the decision of investing in NPS considering tax incentives on the current income. One should also take into consideration the taxation during withdrawal.

Lastly, we hope that you now know how to save tax under Section 80CCD. The article covers the basic information you need to know about saving tax under Sec 80CCD. We believe that the post proves useful to you.

The Indian Budget for the fiscal year 2017-18 has been declared. Those of you who were expecting new income tax slabs have much to cheer about. 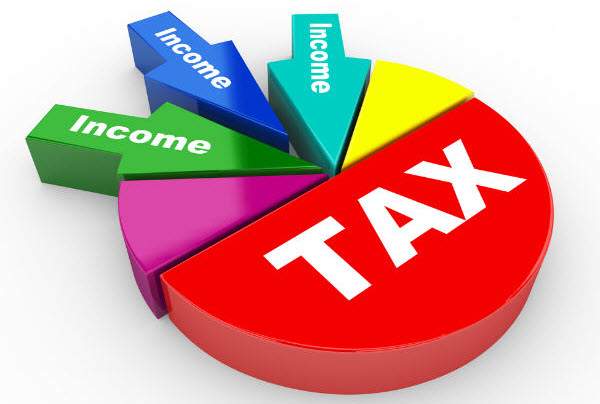 Liquor is one of the leading sectors in India in terms of revenue. In fact, Indians consume nearly half of the world’s whiskey. Moreover, the intake of India’s alcohol has increased by almost 40% in the last seven years.

Have plans for traveling abroad? Well, forex cards offer you one of the best options for spending money when traveling abroad. Here, we share with you 7 Best Forex Cards in India that will make your life easy and ensure a hassle-free journey. These are the best forex cards to have in your wallet when …